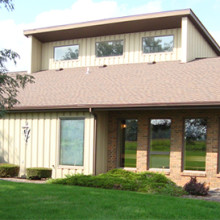 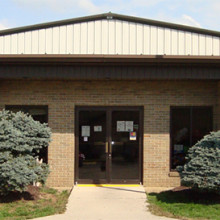 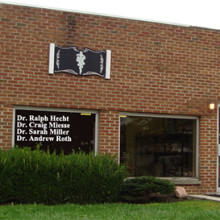 The Celina Animal Hospital was started by Dr. Purcell Boise in 1952. While waiting for the business/home to be completed, Dr. Boise ran the clinic out of a room at Toms Insurance Agency. In January 1953 Dr. Boise moved the practice to Fairground Rd. and Frahm Pike where it stayed until the late 1960’s. The orginal practice was roughly 85% large animal, 15% small animal. By 1960 the small side of the practice had grown considerably. Due to health problems Dr. Biose sold the practice and house in 1964 to Dr. David Miller.

Drs. Hecht and Miesse practiced out of the Fairground Road office until 1984 when they built the office on Havemann Road.They became incorporated in 1993 when they opened the Celina Road Animal Clinic in St. Marys. In 1994, the Celina Pet Center was opened.

Parvovirus is a highly contagious virus that can affect any unvaccinated dog. “Parvo” is spread when your dog comes in contact with another dogs feces, or simply by being in an environment where the virus is living. The virus can live on food and water [Read More]